Illegal Immigration to the United States

Illegal immigration continues to be a controversial and divisive topic, not only in the United States, but throughout the world. An individual who is residing in a country illegally is known as an "illegal immigrant." 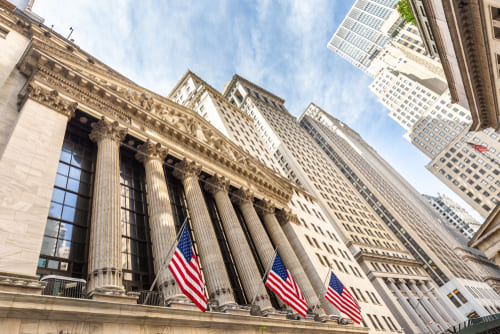 Other terms that are commonly used include: undocumented immigrant,  illegal immigrant, undocumented alien, unauthorized migrant, illegal migrant, illegal alien, migrant, or undocumented worker. Illegal immigrants comprise a vast category. Some undocumented immigrants entered the country illegally and others entered legally but overstayed the number of days permitted on their visa or violated the terms of their permanent resident card or refugee permit. Regardless of how a migrant got to their new home country, they decided to take a risk and move to a foreign country in search of a better life. Many usually leave loved ones and valuable possessions behind. Some immigrants leave their home country due to political or economic reasons. Individuals generally choose to emigrate to countries that are more technologically advanced, have greater resources and offer more opportunities. Some immigrants also move to a foreign country to give their children a better life. In countries like the United States, children of illegal immigrants automatically gain citizenship. On the other hand, in other countries such as France, children are not granted automatic citizenship. Instead, they must request citizenship from the government and fill out applicable documentation once they reach the age of 18. Failure to do so may result in illegal status and deportation.

As stated previously, many illegal immigrants obtain their “illegal” status by entering the country illegally. Throughout history, there continues to be a myriad of ways that immigrants cross the border in order to get into the United States. One method that is often popular with immigrants from the Caribbean is to cross the Atlantic Ocean to reach United States, often in a homemade boat or even a tube. Some immigrants from South America may fly into Mexico. Here they may illicit the assistance of a “coyote,” or smuggler, to help them attempt to illegally cross the border into the United States. Other illegal immigrants may try to cross the border into the United States by cramming into shipping containers, trucks, or boxcars. They may be able to pay off corrupt authority figures to gain entry into a specific country. Most will find a way to get to their destination and oftentimes, it may involve grave risk to their life. Moreover, with increased security measures and improved technology, it has become even more difficult to cross the border and avoid detection. Immigrants sometimes try numerous times before successfully crossing the border. Political figures have also tried to reduce illegal immigration by passing legislation that would serve as a deterrent. For example, in France it is a crime to assist an illegal immigrant. However it is common for illegal immigrants to have family or friends in a foreign country, and this legislation is often ignored. In addition, in areas with high immigrant populations, cultural enclaves are formed which often offer support to new immigrants. Cultural enclaves offer an atmosphere, culture, and community for recent illegal immigrants much like in the home country. For example, Little Havana, located in Miami Florida, is a cultural enclave that formed with the high rate of immigration from Cuba.

Not all individuals may be voluntarily entering the country illegally. During the 19th century many were brought into Europe and the United States during the slave trade. Over time, the importation of slaves was significantly reduced and has thankfully become nonexistent.  Alarmingly, however, a common trend has emerged with the smuggling of young girls and women into what has become known as a “sex slave trade.” Young females are sometimes approached and offered a job in a foreign country. They are deceived into thinking that this job promises sound financial opportunities, and due to their economic situation back home, this proposal seems highly attractive. For many of them, it is a way of getting out of poverty. However, after arriving in the foreign country, they shortly discover that they were brought into the country for the purpose of prostitution. Thousands of miles away from home and with nowhere else to go, they are very vulnerable and have nowhere to go for help. This problem has shown up in increasing numbers in the Middle East and Europe and on a smaller scale in the United States.