The USCIS, or the United States Citizen and Immigration Service, is a department within the Department of Homeland Security (DHS). The USCIS was created by the Homeland... 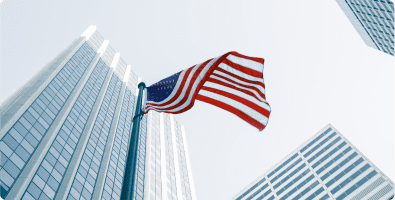 Security Act of 2002, and was formerly the benefit and service functions of the U.S. Immigration and Naturalization Service (INS). The USCIS consists of approximately 15,000 employees and 250 field offices around the world.

The USCIS officially came into fruition on March 1, 2003 when the INS was disbanded, and services formerly handled by the INS transitioned into the USCIS. Funding for the USCIS is provided almost entirely by the processing fees that are required when processing most forms and petitions. As of April 21, 2008 Jonathan “Jack” Scharfen is serving as the Acting Director of the USCIS, replacing Emilio T. Gonzalez, Ph.D, the former director of the agency. Mr. Scharfen was formerly the Deputy Director of the USCIS and was responsible for managing the daily operations of the United States Citizen and Immigration Service. The USCIS includes The Office of Citizenship, which is within the Department of Homeland Security. This branch of the USCIS disseminates information about the responsibilities of US citizenship and educational materials relating to U.S. history and civic culture.

The USCIS has a stated mission which includes:

The USCIS also handles all other adjudications performed by former INS, including the adjudications performed at USCIS service centers. USCIS oversees the programs that administer immigrant service benefits such as foreign student authorization, asylum and refugee status, inter-country adoptions, family and employment related immigration, employment authorization, and the replacement immigration documents. The USCIS does not handle immigration enforcement, which is carried out by U.S Immigration and Customs Enforcement (ICE).

In recent news, the USCIS reported that there is a three year backlog in naturalization applications due to a surge in applications. From May – July 2007, the USCIS received 737,223 applications, which is more than 3 times the number the agency normally receives. This increase also coincided with the January 2007 announcement that the USCIS would raise the processing fees for the adult naturalization form (N-400). As a result of the surge, the applications received in the summer of 2007 would reportedly take 16-18 months to process, compared with the normal 7 month time frame for applications previously filed. Some speculate that the surge in applications can be attributed to the immigration debate, charged political climate and upcoming Presidential elections. The USCIS responded to the surge by increasing staffing as well as agency hours.