HOME / News / U Visa for Immigrants who are Victims of Crimes

U Visa for Immigrants who are Victims of Crimes

The purpose of the U visa is give victims of certain crimes temporary legal status and work eligibility in the United States for up to 4 years. 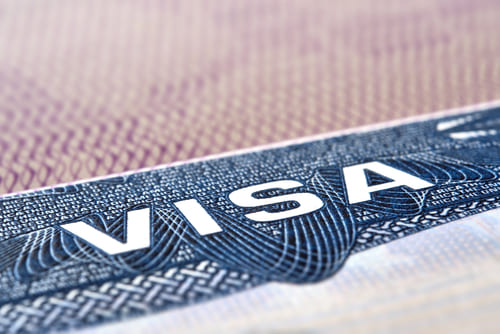 The U visa is a nonimmigrant visa and only 10,000 U visas may be issued every fiscal year. Family members may also be included on the petition including spouses, children, unmarried sisters and brothers under 18, mothers, fathers, as well as stepparents and adoptive parents. An approved U visa petition will automatically grant the applicant work eligibility in the United States. An Employment Authorization Document will be included with all approved petitions, which can be shown to any employer to obtain a Social Security Number to start work legally. Currently all U visa applications are filed at the Vermont Service Center.

U Visa Application: An application for the U visa is filed with Form I-918, and there are different requirements that must be satisfied before an application can be submitted. The applicant must have suffered substantial physical or mental abuse due to a criminal activity in at least one of the following categories: rape, torture, trafficking, incest, domestic violence, sexual assault, abusive sexual contact, prostitution, sexual exploitation, female genital mutilation, hostage situations, peonage, false imprisonment, involuntary servitude, slave trade, kidnapping, abduction, unlawful criminal restraint, blackmail, extortion, manslaughter, murder, felonious assault, witness tampering, obstruction of justice, perjury or attempt, conspiracy, or solicitation to commit any of the above mentioned crimes.

All petitions must include information on how the victim can assist government officials in learning more about the crime including investigation and/or prosecution of the individual(s) that committed the crime. The victim must also be willing to work with local law enforcement. The crime must have occurred in the United States or in a U.S. territory, or violated U.S. law.

A portion of Form I-918 must be certified by a Federal, State or local law enforcement agency, such as a prosecutor or a Federal or State judge in charge of the investigation in which the petitioner is the victim. Without this certification, the U visa petition cannot be submitted. However, a certification alone is not enough to establish eligibility as all facts around the petition will be considered. The certifying individual must be the head of the agency or a person designated to issue U nonimmigrant certifications. If at any point the victim stops to cooperate with law enforcement, the certification can be withdrawn.