For many generations Mexicans have illegally crossed the border into the United States. Reasons for the high rate of migration from Mexico... 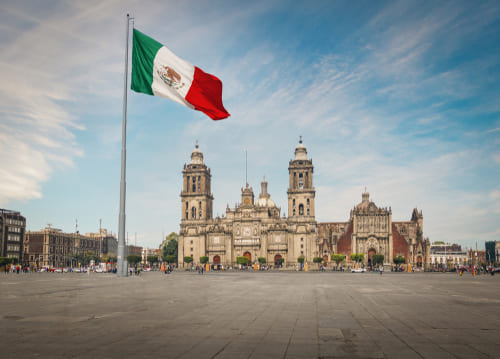 include the close proximity of Mexico to the U.S. and the noticeable difference in the quality of life between the two countries. Many individuals come from poverty-stricken towns in Mexico and desire to come to the United States to achieve the “American dream.” For many, just gaining employment at a low wage job in the United States provides a much higher standard of living than in their home country. During the 1980s, the United States saw a significant increase in illegal immigrants from Mexico. The immigration influx was not limited to Mexicans from one specific region but rather from communities all throughout Mexico.

Those from bigger cities such as Guadalajara, Monterrey, and Mexico City do not necessarily have a higher quality of life than those Mexicans residing in rural communities. However, individuals from larger cities do tend to have a greater access to opportunities. Many who live in smaller towns tend to be employed in the agriculture sector or try to set up a small business in order to make a living. The average Mexican wage is about $4.15 an hour and those in the agricultural industry make even less. While an individual may be able to survive on that wage alone, it becomes more difficult for those with families. Currently about 40% of the Mexican population is below the poverty line. Unemployment is about 4% but it is estimated that nearly 25% of those working are classified as underemployed.

Even when jobs are created, in many instances they are not sufficient to meet the growing demand of the Mexican people. Their pay may be so low that they cannot afford to cover even the most basic necessities. Thus, many Mexicans from both small and big cities find the neighboring United States to be extremely attractive. Treaties such as the North American Free Trade Agreement (NAFTA) have brought more American companies into the country. However, the jobs that have been created are not enough and many wages are still relatively low. Many dream of going to what is known as the “the North” to make more money. However, illegal immigration to the United States is becoming increasingly difficult due to advanced technology, infrastructure, and enforcement. Some illegal immigrants illicit the assistance of a “coyote”, or smuggler, to help them navigate through the land and cross the border. Once they reach a certain destination on American soil, a vehicle is used to transport them to another location. It is here that family and/or friends will pick them up and pay the “coyote’s fee.” Sometimes the fee is paid beforehand and other times a deposit is given and the rest is paid upon completion of their services. “Coyotes” generally have insider knowledge about crossing the border, and know the best routes to avoid detection. However, in order to help to deter “coyotes,”serious fines and penalties if someone is caught smuggling illegal immigrants into the United States. For immigrants who are intercepted en route to the United States, they are usually returned to Mexican soil.

Increasingly, illegal immigrants and “coyotes” have tried to cross the border through the Arizona desert. This is due to increased security along the Mexico-U.S. border near California. Especially during the summer months, there tend to be more cases of illegal immigrants who try to cross the Arizona desert and die from dehydration. Throughout the U.S. – Mexican border, more check points with U.S. border patrols have been added on the American side of the border. At these checkpoints, individuals may be asked for documentation in order to verify U.S. residency or citizenship. As stated previously, there are an increasing number of security measures that have been implemented at and around the Mexico-U.S. border. As a result, it has become more difficult to illegally cross the border. As such, the assistance of “coyotes” is in high demand. The fees for a “coyote” easily runs into the thousands per individual. Many illegal immigrants save up money or borrow money to cover this fee. Once a Mexican immigrant successfully crosses the border into the United States, they generally have two main goals. Their first aim is to send part of their earnings back home to their family and their second goal is to bring more family members to the United States. Eventually they hope to gain permanent residency (green card) and possibly U.S. citizenship status. Other illegal immigrants come with a different purpose. They emigrate to the United States with the sole intention of finding a job that will allow them to save enough money to buy a house or set up their own business upon their return to Mexico. Whatever the specific intentions of the Mexican immigrant are, many agree that their main desire is to come to the United States in search of a better life.