Immigration reform was on Barack Obama’s agenda even before he was elected president of the United States. During his presidential campaign in 2008 ... 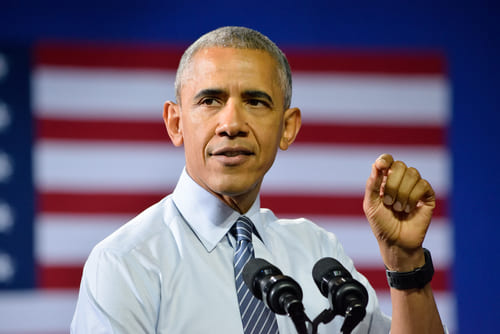 he spoke to Latino voters about the importance of fixing America’s broken immigration system. When Obama was installed in the Whitehouse his plan was to start the reform during his first year as the president, but it kept getting pushed back. One of the reasons for the delay was the amount of effort and time Obama and his staff had to spend on reforming America’s health care system.

Debate on immigration reform arouses strong emotions with many Americans. Most of them believe that it is necessary to do something about the immigration system and the approximately 12 million illegal immigrants that live in the U.S. But while some think there should be a way for illegal immigrants to become legal residents and citizens, others regard a pathway to citizenship as nothing more than amnesty for criminals.

In addition there are those who say that – right or wrong – comprehensive immigration reform can’t be had, because there isn’t enough support for it on Capitol Hill, especially after Senator Edward M. Kennedy of Massachusetts died recently. Kennedy, the last living brother of John F Kennedy was a liberal Democrat who throughout his political career spent much time and devotion to improving U.S. immigration law. When Edward Kennedy died, Republican Scott Brown was elected to take his place, making comprehensive immigration reform seem even harder for President Obama to achieve.

Others yet say that immigration reform shouldn’t even be on the agenda as long as the U.S. economy is in its current poor state. They argue that the president should focus on fixing the economy and create work for American citizens instead of wasting time and money on helping illegal immigrants and trying to fix an immigration system that can’t be fixed.

But the fact is that there are economic reasons for reforming the America’s immigration system, just as there are humanitarian reasons. A study published by the Center for American Progress claims that comprehensive immigration reform would give American economy a huge boost and create a $1.5 trillion growth in U.S. gross domestic product over a ten-year time period. According to the study, if most of the illegal immigrants became legal that would increase wages for all workers, as it would be harder to find workers for those dishonest employers who compete in the market by offering unfair wages to illegal immigrants. In addition, many illegal immigrants get paid under the table. If they were able to work legally, they could contribute to society and to the U.S. treasury by paying taxes; they would add billions of dollars to the U.S. Government instead of the U.S. government having to spend billions of dollars to catch, detain, and deport those same people. Instead of chasing what could be productive members of society, law enforcement agencies could concentrate on catching more serious criminals.

There is yet another factor that could improve the chances to successfully reform the U.S. immigration system, and that is the political factor. Comprehensive immigration reform is an important issue for a large part of the Latino population in the U.S., and they constitute the fastest growing group of voters in America. Democrat leaders on Capitol Hill understand this, just as George W. Bush understood it during his time in the Whitehouse; and many Republicans would be unwilling to risk the support of the whole Latino community for a long time.

An attempt to solve the U.S. immigration crisis by deporting 12 million illegal immigrants on the other hand, is not realistically an option. If deportation of all the illegal immigrants in the U.S. were an option, it has been estimated that it would cost Americans $2.6 trillion in gross domestic product over the next ten years.